Married, dating, engaged or simply just looking for your mr./mrs.right, there is something here for anyone.

Let’s Get Personal! 20 Things You Didn’t Know About Us 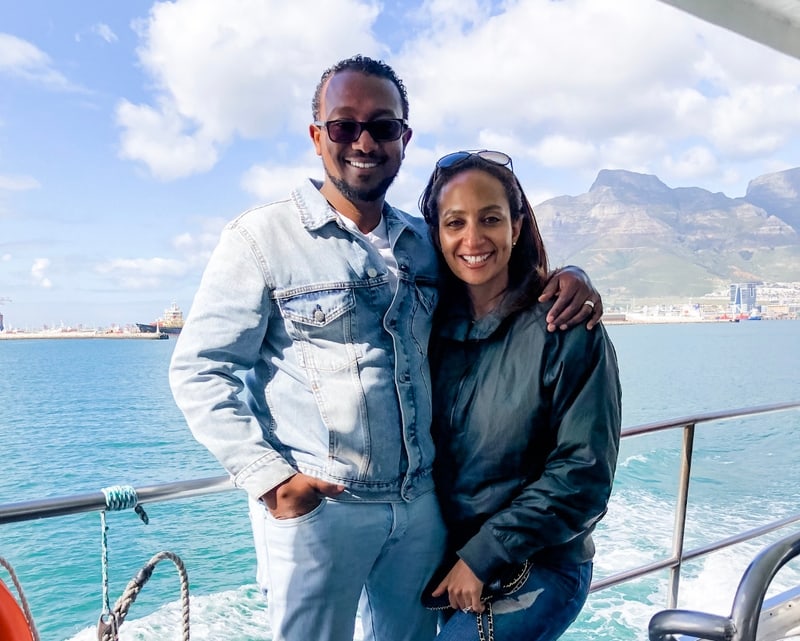 July 24th, 2019 marked our 9th wedding anniversary and 20 years from our first date.

Three kids, one dog, and five moves later, we celebrated our day while on a work/vacation trip in Addis Ababa, Ethiopia.

It’s never been easy for us, and I’ve shared our journey on multiple blog posts such as Becoming Mr. and Mrs. Tesfaye and From Battle to Bliss. Today though, for the first time, Bini is joining me to share some of the things you might not know about us.

So where do we even begin?! Let’s start with how we met…

Luwam: Our story starts way back in 1999 when Bini picked up a $10 bill I dropped on the ground outside of T.C. Williams High School after school one day. He was with his two best friends, and while they were kind enough to tell me I had dropped the money, he said it was actually his and tried to keep on moving.

Bini:  Hold up... wait a minute... that’s not how I remember it. I said I would give it back, but you had to treat us to McDonald's.

Luwam: How is that helping your case? You still took my money. Anyway, that’s beside the point... the point is that we met and became friends after that incident.

Luwam: So moving on... we became friends instantly and started dating that summer. I remember our first date like it was yesterday. We were at the mall first and it was raining, very hard for summer. We walked into a Limited Too, they had a photo booth, and we decided to take pictures. So, I chose the True Love background, and as the photo was taken, Bini kissed me.

Bini:  Correction, you kissed me.

Luwam: No, I didn’t! Dude.. I definitely remember you kissing me. In fact, you later lied to me and said you didn’t know how to kiss, and I started teaching you. LOL! (I sure hope my kids don’t read this). We had a full make-out session in your car for about 2 hours in the rain, parked in some parking garage in Old Town.

Bini:  I am still sticking to the truth that you kissed me. Also, I can now admit the reason why I took you in the garage in Old Town was because one of my car windows was not working and I was hoping to kill time in style without letting you know. Fortunately for me, the rain lasted long enough for the best kissing session of my life.

Luwam: We were inseparable until I left for Eritrea the following November and I was gone for one year. From there though, the rest is history.

Bini:  You forgot to mention that you were seeing someone else at the time.

Luwam: Oh snap, yea I tend to forget that. LOL! Hey, I was a freshman in high school, how does that even count? Well, that’s one thing you didn’t know about us…

In honor of the 20th year from that very first kiss that was the start of something beautiful for us, we’ve put together 20 things you never knew about us, Biniam and Luwam Tesfaye, better known as Bini and Lupi, or The Sleepy’s to our friends, and SHMILY, to each other.

2)    He gave me my first job ever in 2001, we were making pretzels together, and he was my boss. Making out in the freezer and eating strawberry Cheesecake Ice cream was a must!!!

3)    Mom called the cops on Bini in 2001 because she caught us kissing outside her apartment building. I had just turned 18 years old.

4)    We got our first cell phones together, and our numbers were pretty much identical except for the last digit.

5)    Bini taught me how to drive and then bought me my first car, a red Geo Prizm that lasted six months before the engine burned. No one ever told me to add oil and water in the car.

6)    We broke up during our freshman year of college for roughly four months.

7)    I wrote most of his English papers for him in college.

8)    I taught him how to swim while he taught me how to balance a checkbook.

9)    I took him home to meet my father in Ethiopia in 2004. One of the most intimidating days of my life... having the most important man in my life meet the love of my life.

11)   Bella was born before we had a wedding. I graduated college seven months pregnant.

12)    We moved to Northern VA from Richmond after graduation to be closer to family.

13)    We were married on the same day of our first date, July 24th, at the same church my parents were married.

14)    We were separated for almost a year after Lorenzo was born.

15)    We lived with my in-laws for three years while our house was being built.

16)    I’m a top squeezer, he’s a bottom squeezer when it comes to TOOTHPASTE.

17)    He drives me crazy when he talks on the phone and walks all over the place, and I drive him crazy whenever I go into a restaurant and order the same thing, Gnocchi. I can’t help it that I’m a gnocchi lover.

18)    Our favorite movies are Coming to America (Bini) and Greece (mine).

19)    My 35th birthday was spent skydiving in Dubai with Bini. We love to travel, take adventures, and see new places together.

20)    We both aren’t into sports unless our kids are playing.

Well, there you have it, 20 things you didn’t know about us.The journey for these past 20 years has been incredible, and we thank God everyday to have given us each other. We are truly blessed, and we look forward to many more years of Love and Happiness. We hope in reading this you were able to get to know us a little better and we wish everyone who is dating, just married, or like us with 20 years under their belt, many more years of Love and Happiness. 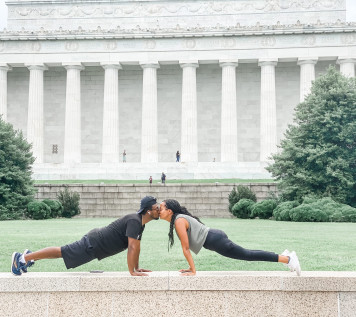 How Not to Let the Past Affect Your Relationship 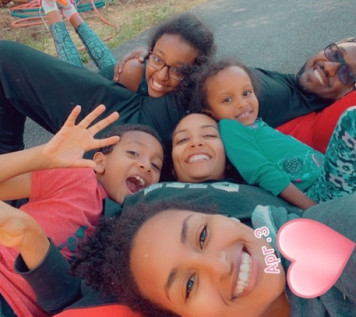